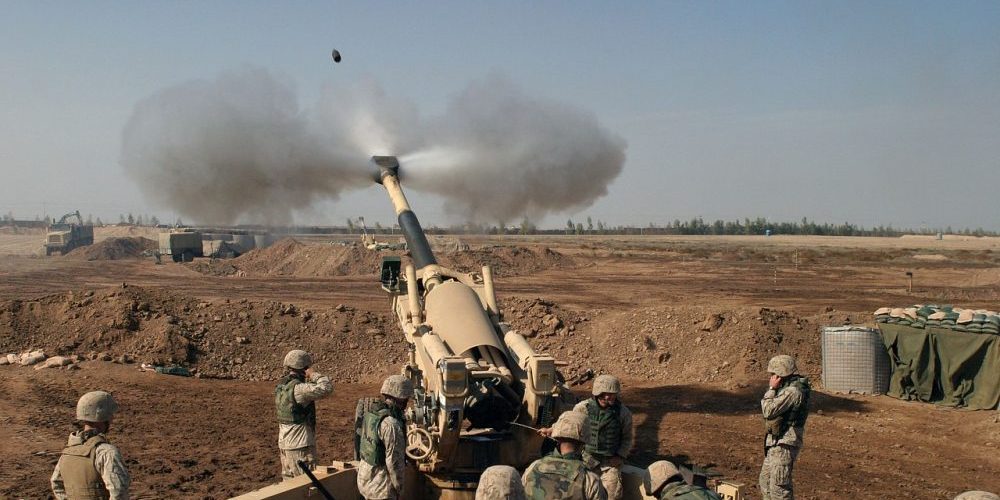 This Method includes a set of ballistic shock tests. In general, these involve momentum exchange between two or more bodies, or between a liquid or gas and a solid. Military ballistic testing ensures that material can structurally and functionally withstand infrequent shock effects. These result from high levels of momentum exchange on a structural configuration that the material is mounted to.

Ballistic Shock Testing experimentally estimates the material’s fragility level relative to ballistic shock. This is so that shock mitigation procedures may be employed to protect the material. This testing should be performed in a ballistic shock testing lab.

What is the Definition for Ballistic Shock According to MIL-STD 810 ?

Ballistic shock is a high-level shock, usually a result of the impact of projectiles or ordnance on armored combat vehicles. Armored combat vehicles must survive the shocks from large caliber non-perforating projectile impacts, mine blasts, and overhead artillery attacks. Actual shock levels vary with the type of vehicle and the specific munition used. Other variation factors include impact location or proximity, and where on the vehicle the shock is measured.

There is no intent here to define the actual shock environment for specific vehicles. Furthermore, the ballistic shock technology is still limited in its ability to define and quantify the actual shock phenomenon. Though considerable progress has been made in the development of measurement techniques, currently used instrumentation is still bulky and cumbersome.

Generally, the prediction of response to ballistic shock is not possible, except in the simplest configurations. An armored vehicle may be subjected to a non-perforating large caliber munition impact or blast. In this case,  the structure experiences a force loading of high intensity and short duration. Though the force loading is localized, the entire vehicle is subjected to stress waves traveling.

What are the Effects of Ballistic Shock Testing on Materials?

When structure response movements correspond with the low frequency resonances of mechanical and electro-mechanical systems adverse effects are enhanced.

Examples of problems associated with ballistic shock include:

What is the Appropriate Procedure for Best Ballistic Shock Testing?

Procedure I – Ballistic Hull and Turret (BH&T), Full Spectrum, Ballistic Shock Qualification. Projectiles are fired at a BH&T with the test material mounted inside. This replicates the shock of ballistic impacts on armored vehicles.

This procedure is very expensive and requires that an actual vehicle or prototype be available, as well as appropriate threat munitions. Because of these limitations, a variety of other approaches are often pursued.

Use of the LWSM is less expensive than full spectrum simulation. It may be appropriate if the test item does not respond to high frequency shock. And if it cannot withstand the excessive low frequency response of the drop table.

Procedure IV – Limited Spectrum, Mechanical Shock Simulator. Mechanical shock simulators have been constructed to test very light weight components. These machines produce a shock that lies within the envelope of the default shock response spectrum. Shock content is present above 10 kHz, but it is not well defined.

Use of a Mechanical Shock Simulator is less expensive than full spectrum simulation. It  may be appropriate for lightweight items that are sensitive to shock up to 10 kHz.

Use of the MWSW may be appropriate for heavy components and subsystems that are shock mounted. An that are not sensitive to high frequencies.

Procedure VI – Drop Table. Light weight components, which are shock mounted can be evaluated at frequencies up to 500 Hz using a drop table. This technique often results in overtest at the low frequencies. The vast majority of components that need shock protection on an armored vehicle can be readily shock mounted.

The commonly available drop test machine is the least expensive and most accessible test technique. The shock table produces a half-sine acceleration pulse that differs significantly from ballistic shock. The response of material on shock mounts can be enveloped quite well with a half-sine acceleration pulse. That is if an overtest at low frequencies and an under test at high frequencies is acceptable.

Looking for the best ballistic shock lab in your area? Contact Keystone Compliance today to work with an

expert who understands the requirements of ballistic shock compliance. Keystone has a military ballistic lab, and experienced test engineers. Talk to our experts to develop a streamlined test plan and receive a professional and affordable quote.

As an expert in shock certification, Keystone Compliance has been recognized for their superior testing services. Our capabilities include testing commercial, aerospace, and military ballistic shock testing standards. Contact us to learn why so many manufacturers rely on Keystone Compliance to meet their mechanical and aerospace shock testing needs.

There have been several versions of the ballistic shock testing procedures in MIL-STD-810 vibration testing. Below is a list of each version and the appropriate method number: